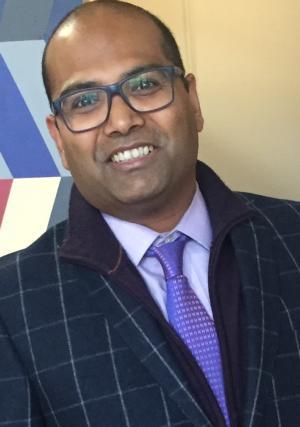 Her scholarly work has been published in journals such as Human Geography, Women’s Studies in Communication, Disability Studies Quarterly, Contemporary South Asia, SEXUALITIES, Gender, Place & Culture, Emotions, Space, and Society, and the Scholar and the Feminist (S&F online). She is the co-editor of Friendship As Social Justice Activism: Critical Solidarities in Global Perspective (University of Chicago Press), and Queering Digital India: Activisms, Identities and Subjectivities (University of Edinburgh Press).

Debanuj is presently working on two book projects. The first is tentatively titled as Trans/Detention: Politics of Trauma and Trans/Migrant Justice this monograph length project investigates how transgender detainees and asylum seekers are subjected to trauma within detention centers and asylum courts in the US, and how transgender immigrant rights activists are transforming trauma into creative political action that seeks to disrupt the national security state. The second monograph is tentatively titled as Sexing the Region: Cross Border Trans/Activisms in South Asia. This monograph opens up questions about how border conflicts between nation-states in South Asia is felt at the scale of the transgender body, and argues for a regional, inter-scalar understanding of transgender lives in South Asia.

Debanuj self identifies as Koti/Gender Queer. S/he loves traveling, spending quiet time by herself, and is an avid foodie.